Museums Collaborate to Bring Ancient Reptile Fossil Back to Alamogordo
(Alamogordo, New Mexico, March 14, 2019) – Gordodon, a history-changing ancient plant-eating reptile discovered near Alamogordo six years ago, will be making its return home on Friday, March 22, where a welcome reception will be held at the New Mexico Museum of Space History at 1 p.m. The event, which is free and open to the public, will feature a proclamation from Alamogordo Mayor Richard Boss and a presentation on the discovery and its impact on paleontology by Dr. Spencer Lucas, Paleontology Curator at the New Mexico Museum of Natural History & Science in Albuquerque.

In 2013, a geology student from the University of Oklahoma who was on a class field trip discovered the fossilized partial remains of the 300 million-year-old reptile near Alamogordo. The advanced structure of the reptile’s skull, jaws and teeth was the clue that Dr. Lucas and his collaborators used to determine that the fossil represented a new genus and species that would rewrite the way paleontologists understand the early history of reptilian herbivory. 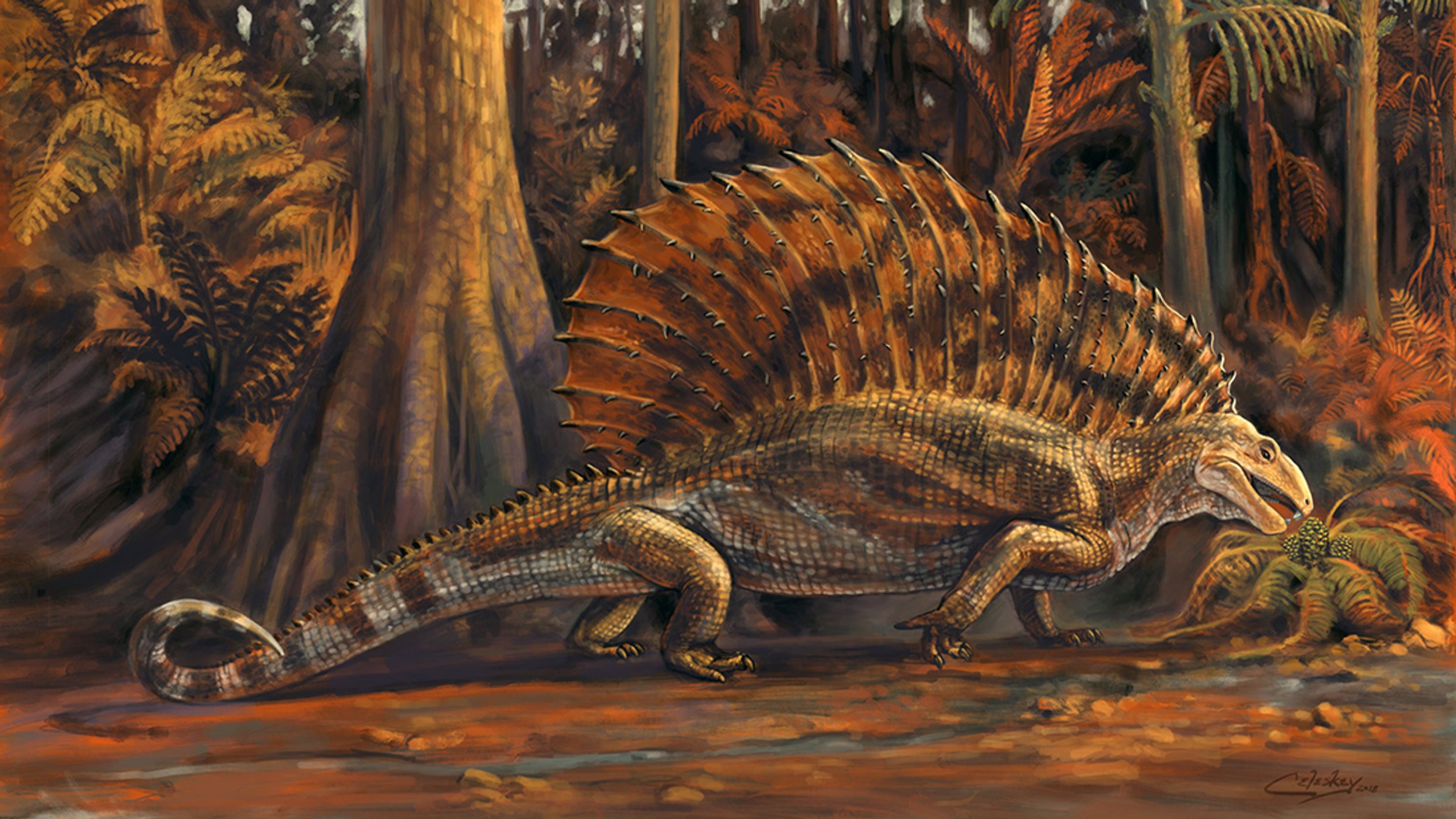 This artist’s rendition of Gordodon depicts what the plant-eating reptile may have looked like in its natural habitat about 300 million years ago. The fossilized remains were discovered near Alamogordo in 2013. (Courtesy of Matt Celeskey, NMDCA)

The exquisitely preserved fossil, which was unfortunately not complete, was taken to the Museum of Natural History where it was carefully prepared and researched. The groundbreaking announcement confirming that Gordodon’s (officially Gordodon kraineri) eating habits pushed back the understanding of the evolution of such specialized herbivory by about 100 million years, was made in November 2018.

The Museum of Space History collaborated with the Museum of Natural History & Science to bring Gordodon back to Alamogordo as part of a limited exhibit.

The New Mexico Museum of Space History, a Smithsonian Affiliate, is a division of the NM Department of Cultural Affairs. For more information, call 575-437-2840 or toll-free 1-877-333-6589 or visit the website at www.nmspacemuseum.org. Like us at Facebook