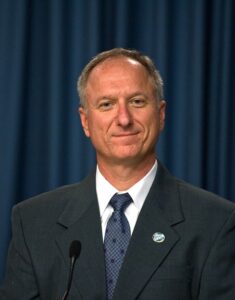 The monthly Launch Pad Lecture at the New Mexico Museum of Space History will feature guest speaker Peter P. Nickolenko, Director of Mission Operations for Virgin Galactic. His topic will be “Space Tourism” from the perspective of someone who knows the business from the ground up!

Prior to joining Virgin Galactic, Pete retired from NASA after nearly 24 years in support of Space Shuttle program and Ground Processing operations at Kennedy Space Center, FL. He provided operations engineering and test leadership to 106 Space Shuttle missions, including 3 missions as Launch Director. Following the end of the Space Shuttle program, Pete provided leadership of a new directorate start-up for all aspects of new development program operations and engineering support in Florida and for Space Station logistics. Pete is a recipient of the NASA Outstanding Leadership Medal, the NASA Exceptional Service Medal and multiple NASA and KSC Group Achievement

The event is free and open to the public. Coffee and donuts are compliments of the International Space Hall of Fame Foundation.