(Alamogordo, New Mexico, November 8, 2017) – Astronaut Richard F. “Dick” Gordon passed away at his home in San Marcos, California, on Monday, November 6. The Gemini and Apollo veteran was 88 years old. He was preceded in death by his wife Linda, who passed away in September 2017. His first wife Barbara died in 2012. Gordon is survived by six children, two stepchildren and five grandchildren.

Gordon was born on October 5, 1929, in Seattle, Washington. A Naval Aviator, NASA selected him to be an astronaut in 1963. Gordon’s first spaceflight was as Pilot of the three day Gemini XI mission in September 1966, along with Command Pilot Charles “Pete” Conrad. The two performed the first direct-ascent rendezvous with an Agena Target Vehicle and achieved a high-apogee earth orbit world record. In addition, Gordon performed two extravehicular activities during the flight which resulted in valuable lessons learned for future EVAs.

Gordon’s next flight was in 1969 when he became the Command Module pilot on Apollo 12. He was reunited with his Gemini XI counterpart Charles Conrad, Spacecraft Commander, along with Alan L. Bean who served as Lunar Module Pilot. During the mission, Gordon performed experiments and took pictures from the Yankee Clipper command module, while Conrad and Bean explored the lunar surface. Although Gordon’s dream was to walk on the moon, the closest he was able to get was a painting by Alan Bean of the three Apollo 12 crewmates standing on the lunar surface entitled “The Fantasy”. 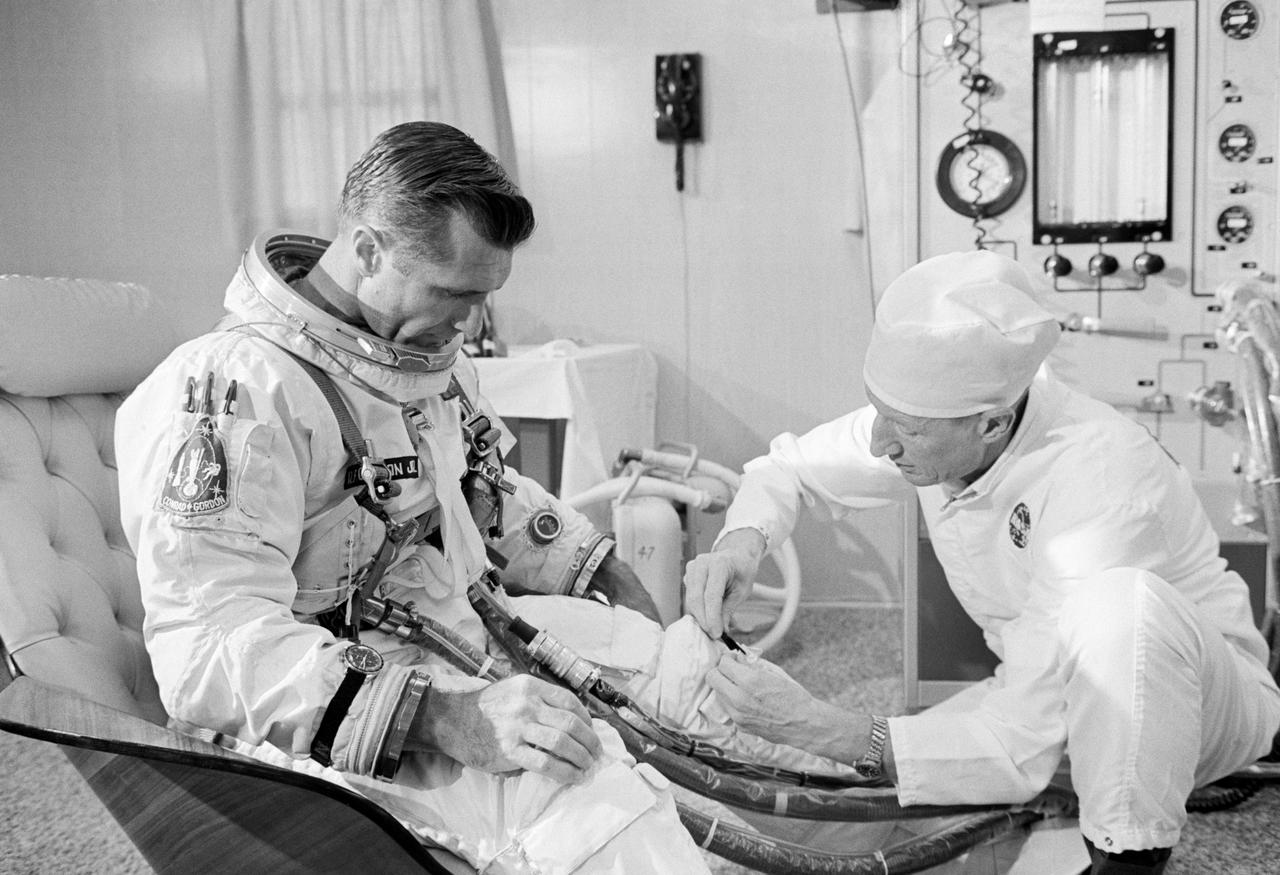 After retiring from NASA in 1972, Gordon went on to private industry, where he was involved in everything from being Executive Vice President of the New Orleans Saints to being an advisor for the mini-series “SPACE” and executive positions in technology and energy.

During his career as an astronaut, Gordon was awarded the NASA Distinguished Service Medal, NASA Exceptional Service Medal, two Navy Distinguished Flying Crosses, Navy Astronaut Wings and a multitude of other awards. In 2005, as a member of the original 38 Gemini, Mercury and Apollo astronauts, he was awarded NASA’s Ambassador of Exploration Award which included a moon rock in recognition of the dedication and courage of America’s first astronauts. Gordon was inducted into the International Space Hall of Fame at the New Mexico Museum of Space History in 1982.

The New Mexico Museum of Space History, a Smithsonian Affiliate, is a division of the NM Department of Cultural Affairs. For more information, call 575-437-2840 or toll-free 1-877-333-6589 or visit the website at www.nmspacemuseum.org. Like us at: www.facebook.org/NMSpaceMuseum/